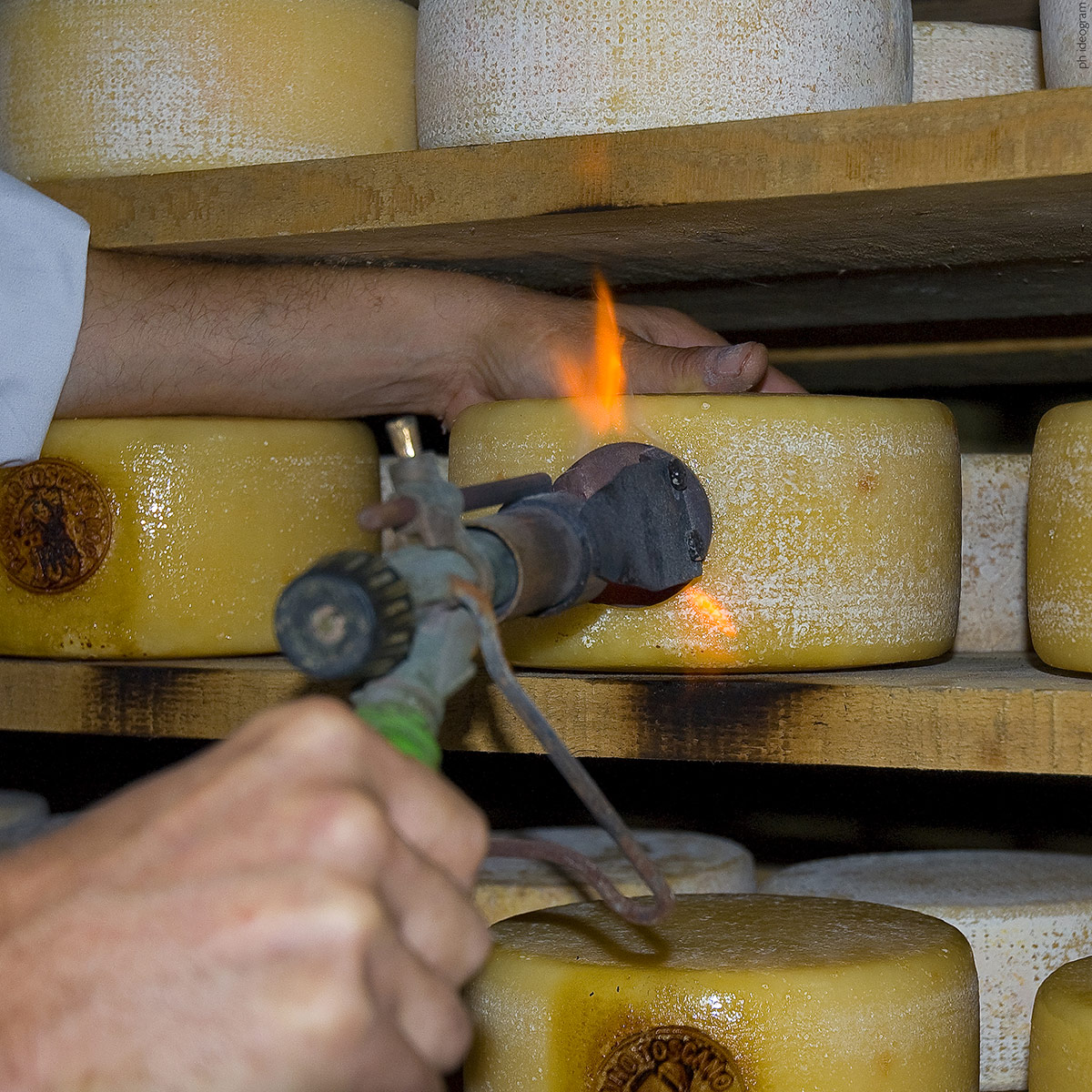 To be labelled PDO, Pecorino Toscano must be made according to the specifications in the Production Regulations, which guarantees the product meets all the requirements to earn the PDO label. This means that only the cheese, aged, packaged and distributed according to the rules contained in the Pecorino Toscano PDO Production Regulations can be defined as such, guaranteeing the consumer product excellence.

Pecorino Toscano PDO is made using modern technology, that recreate processes handed down over the centuries. According to the Regulations, milk is coagulated with rennet at a temperature between 33 ° and 38 ° C. Only indigenous milk enzymes kept in the ceppoteca of the Pecorino Toscano PDO Consortium can be added.

When breaking the curds, lumps should become hazelnut-sized in the case of Pecorino Toscano soft cheese and corn-sized for the semi-hard cheese. After the curd is broken, it’s put in the appropriate cheese wheels to promote syneresis, i.e. whey draining. To facilitate this process, they can be lightly hand-pressed. The cheese wheels are then placed in places called hot rooms where the heat and decreasing moisture help the whey to drey. Then they are salted in brine or dry-salted, that is, spreading salt on the Pecorino Toscano PDO’s surface. After this first part of the process, the cheese wheels are left to ripen. Ripening must follow a specific timetable: the minimum stay is 20 days for Pecorino Toscano soft cheese and at least 4 months for the semi-hard cheese.